Do I have to be sportive to apply for a sport job? 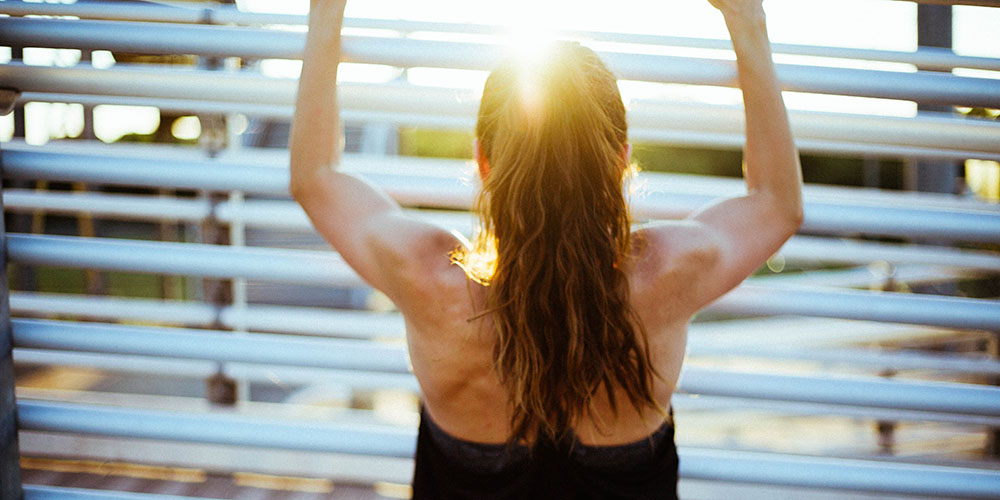 Sport jobs are currently high on demand: The fitness sector is booming and so new positions are frequently advertised. But a sport job, even when called this way, does not necessarily have to be physically demanding. Most of the offers at Sportyjob, for example, are actually in administative or creative departments.

So there's the question popping up: Do I have to be athletic to work in sports? A classic yes-but-no-situation.

Your own interests in sports decide how you do your work

Careers in online marketing, sponsoring management, sportswear designer or brand manager (...) are mainly office-based sport jobs. Truth be told: There's a lot of sitting involved - so you probably even like your little workout at the end of the day. Nevertheless, being athletic is not necessarily important to get hired or to do a good job. Here's the big BUT - You should still bring along some sport-affinity. The named careers all have one thing in common: You need to know what your peer group wants and needs. This means you should be able to put yourself into the position of an athlete and have detailed knowledge about the discipline your sport job is all about. Of course, being a big fan of it without executing can still give you a lot of expert knowledge, but the little details - that's something you figure out when you get active yourself.

You can choose to get active to do a better job

We learned that you don't have to challenge yourself, as long as you do an intensive examination of the regarding discipline. Anyway, the time you spend reading (or watching) about it would also be a great chance to actually try it instead. Through this active preoccupation with your the field of your sport job, you will probably end up way more motivated, creative and authentic. A product designer for snowboards will achieve no credibility if he doesn’t know how to ride snowboards.

The sports industry wants experts in their fields

The industry has a similar opinion on this. Often, you will find former professional athletes in the office careers of Red Bull Media, adidas & co. As they bring a huge amount of sport-specific knowledge along, they are also perfect contributors for business development (Sales, Product Development, Marketing - every department). Even though an event manager for sport competitions may not compete anymore, thanks to his experiences he will have the perfect concept for the event. No need to run the New York Marathon next year, but if you go running every couple of days, developing a communication plan for the social media channels of runtastic gets a lot easier, don't you think?

Don't feel the pressure to become a professional athlete now. Sports companies are looking for the same hard and soft skills as any other companies. So if you are not an active person, this doesn't mean you can't apply for a sport job. If you are intested in the company, the job and bring knowledge, skills or hidden talents, there's almost no employer who wouldn't like to get to know you. What we tried to make clear in this post, is that the only thing really essential for a job in the sports industry is passion. You see: the group of friends kicking a ball on the street, the boy playing a match every weekend with his amateur team, his family cheering on the side of the field, the soccer fan watching every single match of their favorite team live or on TV, Cristiano Ronaldo being a professional football player - they all have one thing in common. And that's the passion for a sports. A sport job you have no affinity for, no connection to or at least a relation on a mental level won’t be an ideal career for you.

A 100 mile swim from Cuba to Florida: What to learn from 64 year old swimmer Diana Nyad 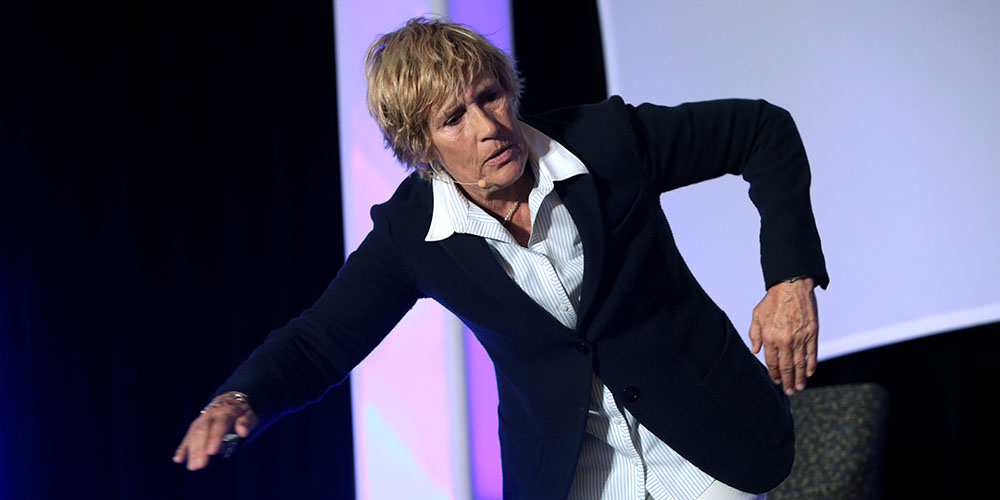 Do you know Diana Nyad? She did a 100 miles swim from Cuba to Florida at the age of 64, for the first time of history. She accomplished something that professional swimmers have been trying since 1950, but couldn’t do it. When hearing her Ted Talk „Never, ever give up“, it left me in awe thinking how a 64 year old woman could achieve this. A painful struggle that no matter of sex or age, no one did before. She managed it by training and trying over and over again. This is monday motivation, or actually, lifetime inspiration. Even after failing 4 times before, she stuck to her goal. And by not giving up, at one point, Diana Nyad made it.   Listening closely to her Talk, there’s 6 essentials to learn which are a kick-ass mantra to succeed in what you want. Before you continue reading, keep in mind that her example doesn’t only apply to sports. It applies to anything you have set your mind on, whether it’s a passion or a career.

Never, ever give up

These words have been the first ones she said after reaching the shore. Incredible enough she was able to speak at all after a 50 hour plus swim, she chose her words wisely.  No matter of her training being intense, she still failed four times before she finally managed the whole distance. Even though everyone around her told her that there was no chance to do it, experts as well as people close to her.

„ When I turned 60, it wasn't so much about the athletic accomplishment, it wasn't the ego of "I want to be the first." That's always there and it's undeniable. But it was deeper. It was "how much life is there left?“ - Diana Nyad

When you want something so bad, you have to fight for it, never lose track of your goal. You need to get back up after you failed. Stay bold and strong and believe in yourself, no matter what others say.

One of the reasons, Diana made it through, was her playlist. Focusing her mind on „Imagine“ from John Lennon helped her not to give up and endure hypothermia, muscle pain, jellyfish stings and much more. That was her way of doing it.  Of course, there’s much more to it - a team, capital, a lot of training, a great mindset. Still, the small things make the difference.  So, find a way to achieve what seems impossible right now, be it because of insufficient resources or skills. For most problems, especially those in sports or jobs, someone already found a solution. Figure it out and adapt it to yourself - improve it through the little details that make your way different from others.

It should be crystal clear that preparation and training are the key factor for a 100 mile swim. Diana was a professional swimmer until the 1970s. After a pause of 30 years, she started an intense training - not only of her body, but also of her mind. Every day for years.  Without discipline, learning new skills takes a long time up to forever (maybe never). Endurance is important to run a marathon, it is also essential to get a promotion in your job.

You’re never too old to fulfill your dreams

Obviously, chase your dreams no matter your age. There is no too old.

If you fail, it doesn’t matter

Being afraid of failing is what keeps most of us comfortable at home, missing out on great opportunities. In life, but also in your career: a new job, your own start up or freelance career. There’s a well-known book called „The Journey is the reward“. Sometimes you might not be able to succeed, because of outer or inner circumstances. Still, you put a lot of effort in it, developed yourself and became a better you. No one can ever take this away from you.

„And when you reach for the horizon, as I've proven, you may not get there. But what a tremendous build of character and spirit that you lay down; what a foundation you lay down in reaching for those horizons.“ - Diana Nyad

Your team has got your back

Remember, Diana Nyad was never alone. Not on the days of her expedition, nor on the days of her preparation. They did it together and alone she probably would not have done it. Like we learned in „How to find a job you love“, you are like the people that surround you. A team of mixed personalities can give you new views on how to succeed, stay by your side with expert advice. Or might even just motivate you enough to get up on a day where everything seems like it will fail. Whatever you want to achieve, you will need a great team. To sum it up, the mantra to get what you want is: Believe in your dreams, work hard, never give up and surround yourself with a team which has got your back. Photo by Gage Skidmore from Peoria, AZ, United States of America